Ring of Scale beta is opening on the 25th of October, I thought I'd post some preliminary info.

Beta was patched for the first time yesterday. There isn't anything too exciting; no AAs were patched, only spells. The spells appear to be direct copy/pastes of previous spells with "New" as a prefix (e.g. New Spear of Molten Shieldstone). They'll likely get named later. Most spells received a ~21% increase in base damage and a ~20% increase in mana cost. I will highlight some instances where the damage/mana increase spells got deviated from that norm. First, a table of the spells (all values from Rk. III spells in each level range): 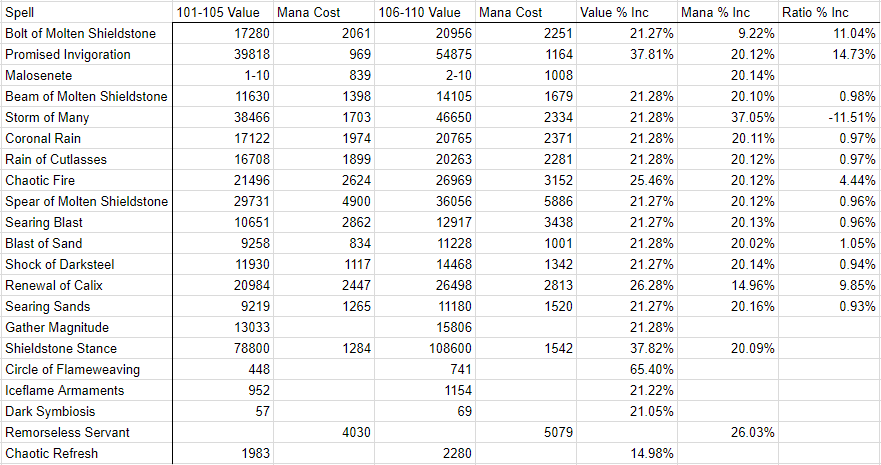 Some comments: There's at least one interesting change in the dbstr_us file so far too, but I don't parse that information myself so I'm not going to post it. If you're curious, though, you can either find a manual way to compare changes to that file or get an EQResource premium membership (they post the changes to the spells_us and dbstr_us files daily).

Unfortunately I made at least a few errors while entering data for that spreadsheet; I made it around 2 AM right when they first patched beta which was probably a bad call. Since there's no edit feature on this forum (not really sure why), here's a new post with the updated spreadsheet: 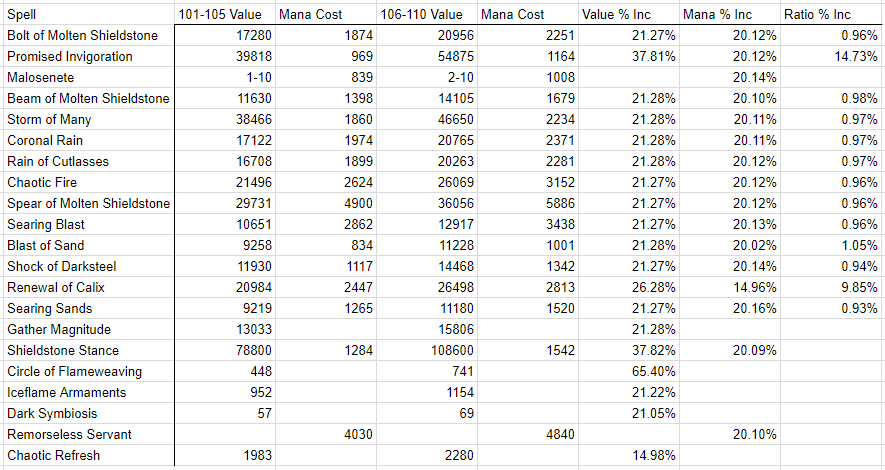 Some corrections to my comments: Beta's opening Wednesday but AAs still haven't been patched; hopefully that will change soon.

Have fun with beta and enjoy later RoS, live mages ! I hope our class is decently treated in the newest expansion beside the pet nerf several months ago.
Top
Post Reply
3 posts • Page 1 of 1

Users browsing this forum: No registered users and 0 guests

About The Magician's Tower

The Magician's Tower is your premiere EverQuest Magician's Resource online.

Pull up a chair and stay awhile.

EverQuest and the EverQuest logo are registered trademarks of Daybreak Game Company, LLC.